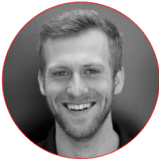 I'm having render problems in 2017. When I render any viewport for a second time, the entire viewport turns black. As in a complete black rectangle.

I can update the settings in the "background render settings" and it will render perfectly, but only one time. Then I will have to change the settings again, or else the blacked out viewport comes back.

Has anyone else run into this? Any tips for fixing it?

86 answers to this question