Overhaul of classes and better implementation of surface hatches

Past week I was working on a project where i needed to use surface hatches.
I think it can be implemented beter. When i was thinking about this i realized its 'bigger' then only the surface hatch part.
To be honest i think there should be an overhaul of how classes work an what you can do with them.

In general classes should have to ability to work as materials.
This would mean you would create a class for every material with al the specifications needed (including R-ratings and other properties like weight/m3 etc.)

With the new forum its easier to look for previous comments and discussions about this. I will included these because some things i borrowed from there. 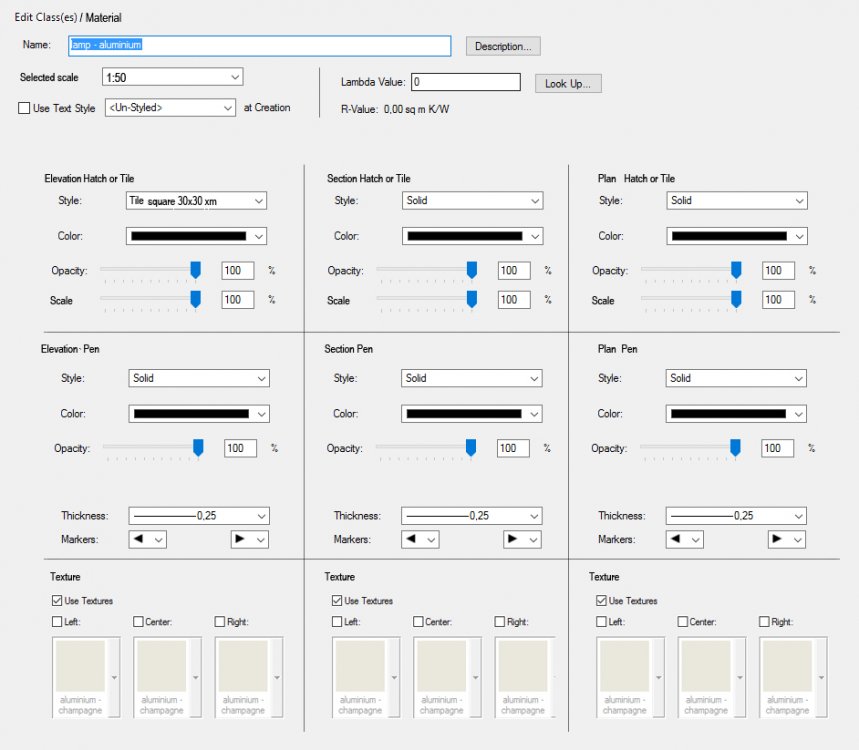