I'm working on 2D objects, sending them front and back in the design layer where needed.

I then create a viewport and place it on the sheet. When I render in Hidden Line mode, it finishes as if I were rendering in wireframe, showing all lines that I have placed behind another object.

I've never had this issue in the past so hopefully this will be resolved quickly. 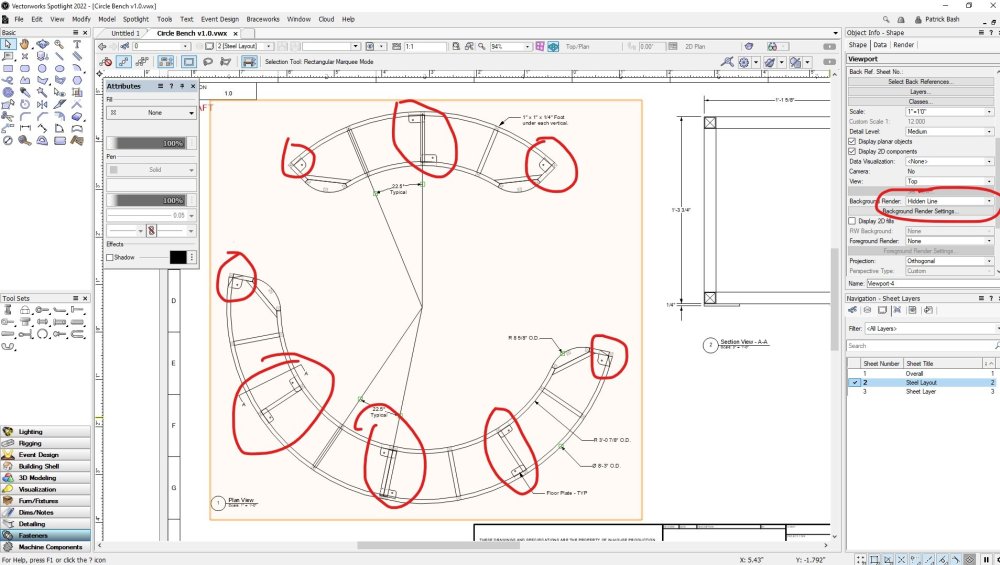