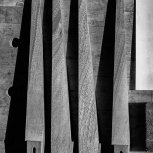 Some form of actual Vectorworks for iPad OS feels well overdue at this point.

The Nomad app is woeful. We need the ability to open, edit and create real VW files with full cross-platform compatibility.

Macs and iPads run on the same hardware, with most new iPads satisfying the minimum system requirements for Vectorworks. Plus iPad OS has had full cursor support for years.

iPads are great computers for site, meetings and travel. However the inability to access real VW project data greatly limits productivity when away from the office.