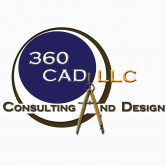 I am drawing in 3D. I started with a class that I have had in my template file for years and years. I made two copies of this class to use with the model. I am finding that the objects are showing the original line color and the texture of the original class, despite all objects' attributes and texture being set to "by class". AND despite the fact I had changed that original class's texture before copying it, and I have changed the textures and line colors in those copied classes.

The correct line color and texture for each show up in the organization -> classes window. But, in order to change those properties, I have to change them individually, on each object, taking them away from "by class".

Thanks for any information.