viewports of image worksheet not working on sheet layer

trying to make viewports of a window image worksheet onto a new sheet layer , but any time I duplicate the first viewport the crop down to another image, nothing will show.

If I right click the blank viewport and edit crop the image will show , just not on the sheet ! 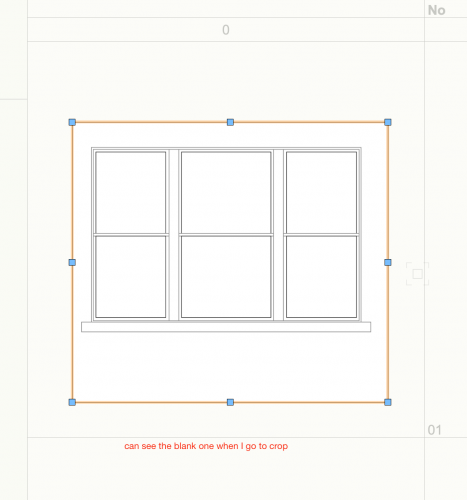