I've been using a workaround to address this issue for some time now but the workaround has become less and less reliable.

Drawings in which these lines appear continue to cause confusion and errors on the manufacturing side of our business. 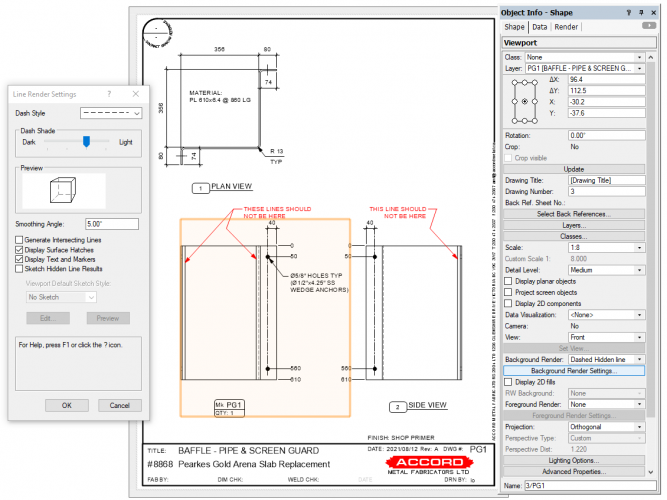