Alpha Textures Not Working in Vision 2021 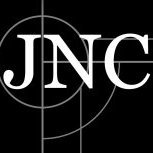 By Jesse Cogswell,
April 13, 2021 in Vision and Previsualization