Script palette not updating after import/export

I have created a number of very simple custom selection scripts to help me edit devices within a ConnectCAD schematic in bulk based on the selection criteria (thanks @Pat Stanford for staring me on that path!)

I wanted to use the same scripts in another existing project so I exported them from one file to the other using the export function within resource manager.

I store my scripts in a resource folder called "My Palette". After the export, the scripts didn't appear in My Palette on my desktop. Closing and reopening the file the palette was refreshed as needed. Have I missed a step in the export process? i there a refresh palettes 'button I didn't press?... or is this a small bug?

Attached are two screen shots showing the contents of the palette on my desktop and within resource manager next to it, they were out of sync then in sync 'after' reopening the file. 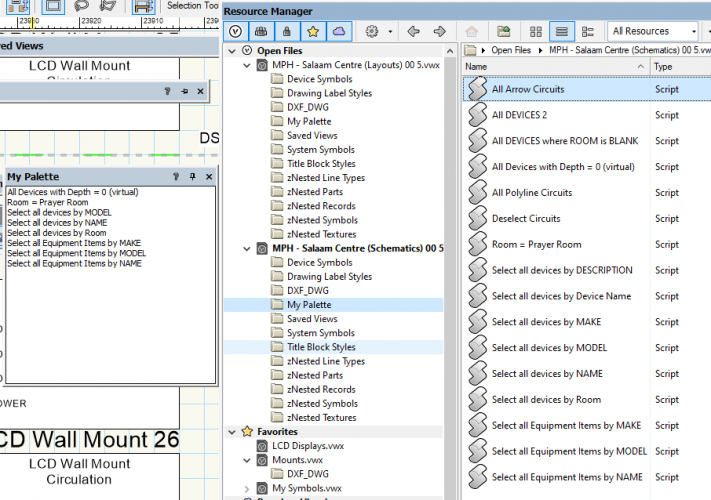