Any advances towards fixing the resize tool? 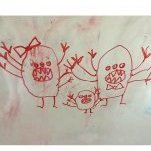 I am once again asking about the resize tool.

This is the most awful, useless thing since the invention of square wheels.

All I want to do is select an object or several objects or a group, and scale proportionally in simple, logical fashion.

I want to be able to just grab the tool and do it on the fly.

I don't want to have to go into a sub-menu and then carefully jump through several button clicks to do it  either if I don't need that precision.

Just grab it by corner or side handle,

Scale (holding SHIFT to ensure that everything in the selection stays exactly proportional unless I want it loose),

Trying to use it honestly makes me want to throw my computer across the room.