"Unable to delete the objects" pop-up when deleting class

Every so often I encounter this pop-up when trying to delete a class, and have never really understood the context of why it sometimes appears and sometimes doesn't.

The message seems to suggest that the class is being used by a Plug-in Object, but I know this isn't the case because typically it's a class I've made myself and it hasn't been used in any special way.

Today I finally realized the circumstances that cause this pop-up: objects in that class are being cut through in a Section Viewport.

(Regarding the text of the pop-up... perhaps a Section Viewport is technically considered a PIO? But I wouldn't have assumed so).

As it stands, I doubt a typical user understands what this pop-up means or what to do about it. It should be solved in one of two ways:

1.  Make it so that you can delete these classes, and it would brute force delete the objects even if they're being cut through in the Section Viewport.

2.  Alter the pop-up to better describe why the class can't be deleted, such as specifically saying it's because of a Section Viewport.

Note that this only applies when trying to use first option shown below, not when reassigning objects to a different class which is always possible but not the goal: 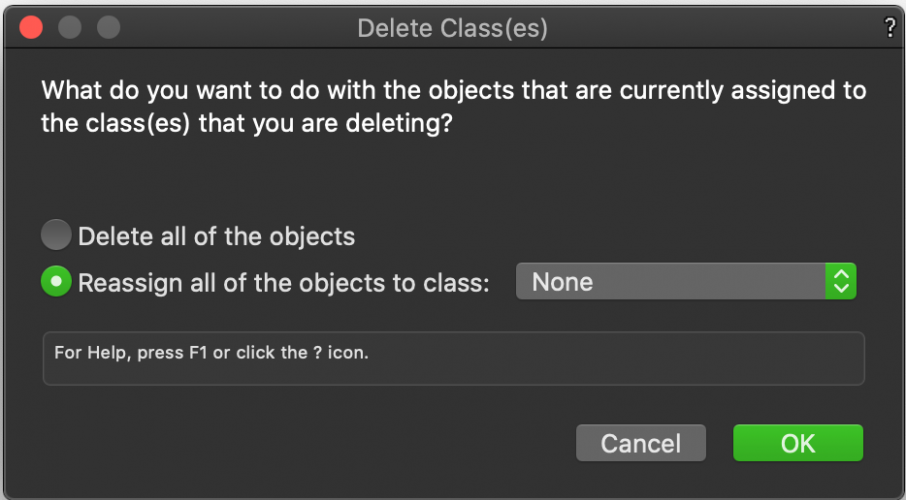