Since Image Effects debuted in Vectorworks 2019 the need to export image assets to third-party editing software such as Photoshop has been reduced. Image Effects have been super handy, not only for rendered viewports but also for on-the-fly adjustments of image-based textures. In this latter scenario there is one slider that is sorely missing: Hue.

I'm not sure why Hue was excluded from the initial implementation of Image Effects, as the typical triumvirate of adjustments that any image editing application has is HSL (or HSB) - Hue, Saturation, and Luminosity (or Brightness). Saturation and brightness are covered in Vectorworks, but not Hue. I assume it may have been left out because adjusting the overall Hue of a rendering would likely lead to odd results; however, it's incredibly common to need to change the hue of an image used in a Renderworks texture.

And if those 34 clicks didn't result in exactly the desired result then all but the first three steps must be repeated for subsequent adjustments. There have been numerous times where I've had to repeat this process a couple times in a row which is very inefficient. Having a Hue slider directly within Image Effects would be a time (and wrist) saver. It would take only 8 clicks to adjust the Hue each time, and it would be a little less disorienting since it'd all be in one program.

Below are some images that illustrate a few types of textures that this would be useful for, including fabric, curtains, painted surfaces, wallpaper, glow textures / lighting effects, graphics, tile, etc. I remember when Image Effects was announced it was described as the "1.0" version of the tool, and since the feature hasn't changed since being introduced I think this would be a great next step. 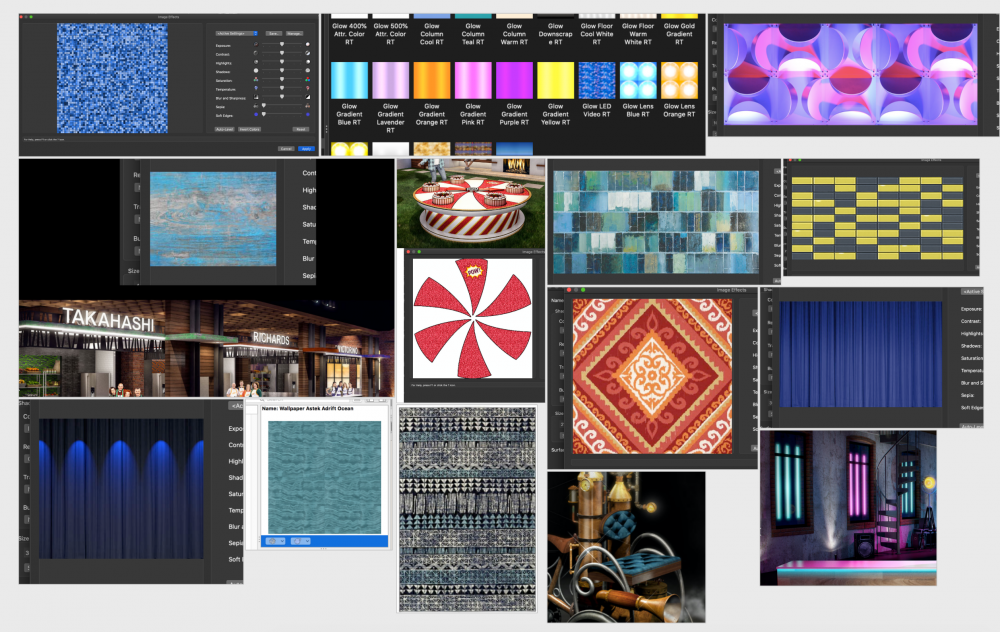