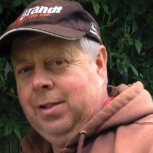 When adding multiple site modifiers to a site model, it would be awesome if VW had an offset option specifically for modifiers.

Perhaps a control that would allow someone the option of snapping to an existing modifier, this would automatically offset the new modifier by a per-determined distance (example might be 1mm). This way modifiers could be easily added to a model (in particular pads) without the inevitable conflicts occurring.

This would certainly speed up my workflow on some projects, thanks for considering this.