Project Sharing - Where are we?

There was no mention of any project sharing updates, upgrades, or stability improvements in 2020.  We abandoned it last year because it did not work with Google Drive - File Stream - which is the only 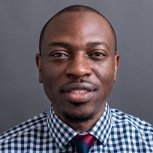 @Tom Klaber Correct, LAN sync does not help you when working remotely. However, Delta Sync does!   Delta Sync is crucial when working with Project Sharing. This is why Dropbox and Resil