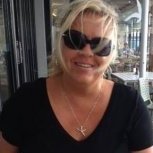 PDF and DWG files from Revit Majorly slowing down VW

I am having major !!! problems with PDF and DWG files prduced out of a 3D Revit model.

So basically what happens is that my computer screen build up takes forever and I am looking at my 'wheel twirling' forever.

Is there by any chance a work-around?

Please note that I do need a vectorised file in order to be able to snap to the layout.

Your insights and feedback is much apprecaited.