I am having an issue with my site model. It is a simple model with only 7 3D polygons that have been used to create site model contours.

Unfortunately, the model is skipping some of the contours and drawing straight lines instead (see image attached). The red lines are the 3D polys I have used, and the dashed green is the models interpretation.

Is this simply the inherent VW 2019 model creation process doing this due to a lack of data, or is it a setting / something I can rectify?

Any ideas would be great! 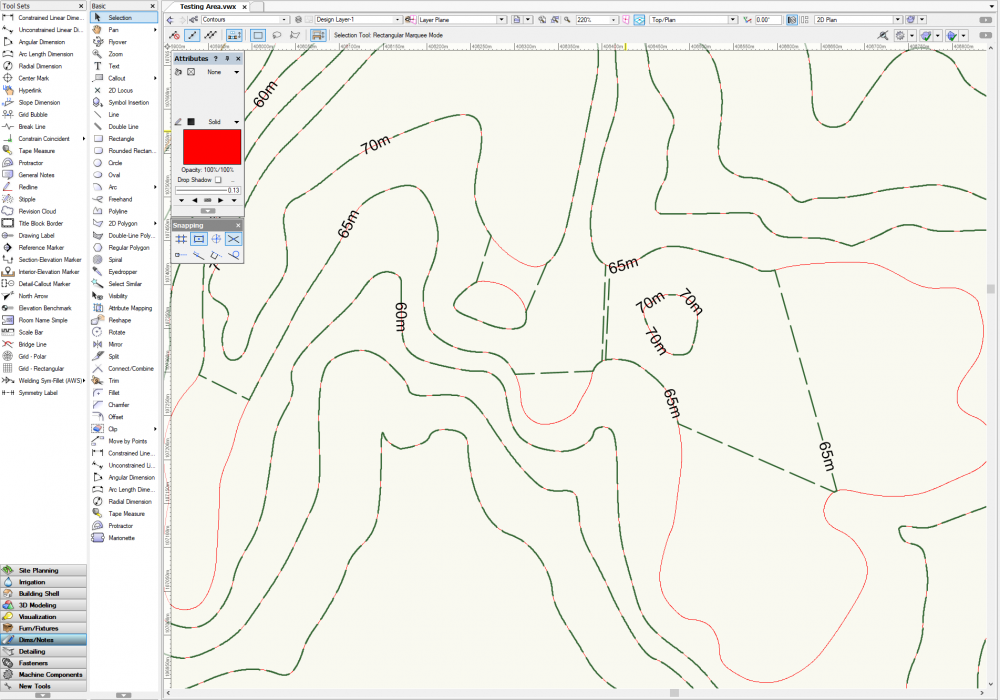