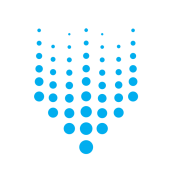 VW2017 introduced a reworking of the Resource Manager and added "Folder Types", which restricted folders to only allow objects of a specific type to be placed in them.

I would like the addition of a generic folder type that would allow any object to be placed in it (like the folders pre VW2017).

This would allow me to place miscellaneous resources I very rarely use of various types into a single folder. It could also be used to keep related resources together in a single folder (for example an imported DWG with it's symbols, hatches, line types).