I have stumbled upon a major issue with one of the new 2018 features. I was just playing around with the Andersen window catalog, and very easily made some troubling discoveries. First of all, when looking at Picture Windows in the Andersen 400 Series, only 14 units show up. The Andersen 400 Catalog, both on their website and in the up-to-date hard copy we have here in the office from 2015-2016, contains 52 Picture-type units. Furthermore, of the 14 listed Picture-type units listed in the VWX catalog, only half of them are listed correctly; "P35" thru "P60" don't even exist, they are mislabelled and should read "P3535" thru "P3560".

Perhaps the most troubling discovery of all is what happened when I tried my very first window placement in a vwx document from this catalog. After placing an Andersen 400 Awning window (AW41), I went to the auto-created window schedule in my document AND I went to the window settings to see if the unit was listed correctly and, while the unit width was listed correctly as 4'-0", the rough opening width is erroneously listed as 4'-1", instead of 4'-0 1/2". Again, 4'-0 1/2" is the rough opening width listed for this unit BOTH in the online catalog AND in the hard copy catalog.

I was really looking forward to being able to pull windows directly from these built-in vwx catalogs, but now after finding these grave errors so easily, it doesn't inspire much confidence in being able to trust the rest of the catalogs either! During several of the Vectorworks Design Summit workshops I just attended in Baltimore, many other attendees were also excited about this new functionality (at one point there was even open applause when the feature was explained!) Please let us know when this issue will be resolved and when we can trust the catalogs you have built-in. 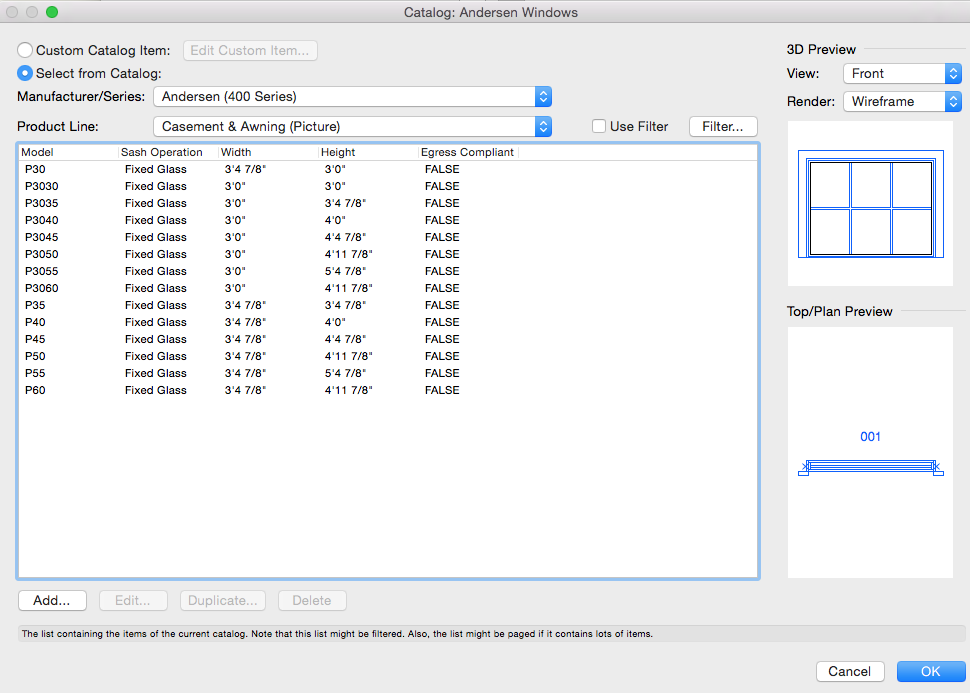 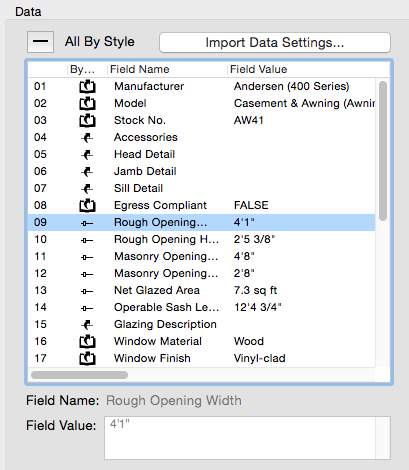