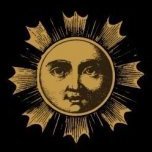 The only major flaw I've seen is the slower processing of entering data. Complete design failure... What used to take one click now takes two! And you can't tab between fields. Not sure what the desig

So i am beyond frustrated with the title block issue. the way it worked in 2017 was perfect and i don't understand why it was messed with.    My custom Title block from 2017 took 6 different

I completely agree.   Vectorworks has this nasty habit of requiring as many clicks as possible.   @JimW - Any way that Vectorworks could look into hiring a full time click reducer?