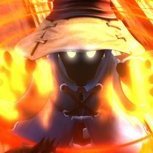 I came across an article a little while ago that mentioned C4D was moving to incorporating PreRender GPU powered Rendering capabilities.  Do we know if this will come down the pipe in to VW?  I thought I had seen a timeline of end of this year for C4D.  Should we expect a VW update around that time to update the engine inside VW?

Or is this all heresay at this point?