There is a philosophy within the world of user interface design which states that no function should exist solely within a right click menu. Right click menus are a fantastic way to provide quick access to context-specific operations, but a program should also provide another means of accessing the same features.

I tend to agree with this philosophy. Since many other programs abide by this rule of thumb, a user might expect the same to be true of Vectorworks and unintentionally ignore some of these functions. I know many people who just don't utilize right clicking in their workflow (which I think is crazy, but to each their own). Then there are people who draft on laptops with only a trackpad (again, crazy, but I see it a lot); depending on their System Preferences, right clicking might involve holding down a modifier key and is thus not as intuitive. A few times a year I encounter people who literally don't know how to right click (baffling). All that being said, it would be wise for a program to not depend on it.

Here are two examples I've come across in VW where a function exists solely in a contextual menu:

In the Resource Manager, the only way to edit a Texture is to right click its thumbnail. Instead an "Edit Texture" button should appear when a texture is selected: 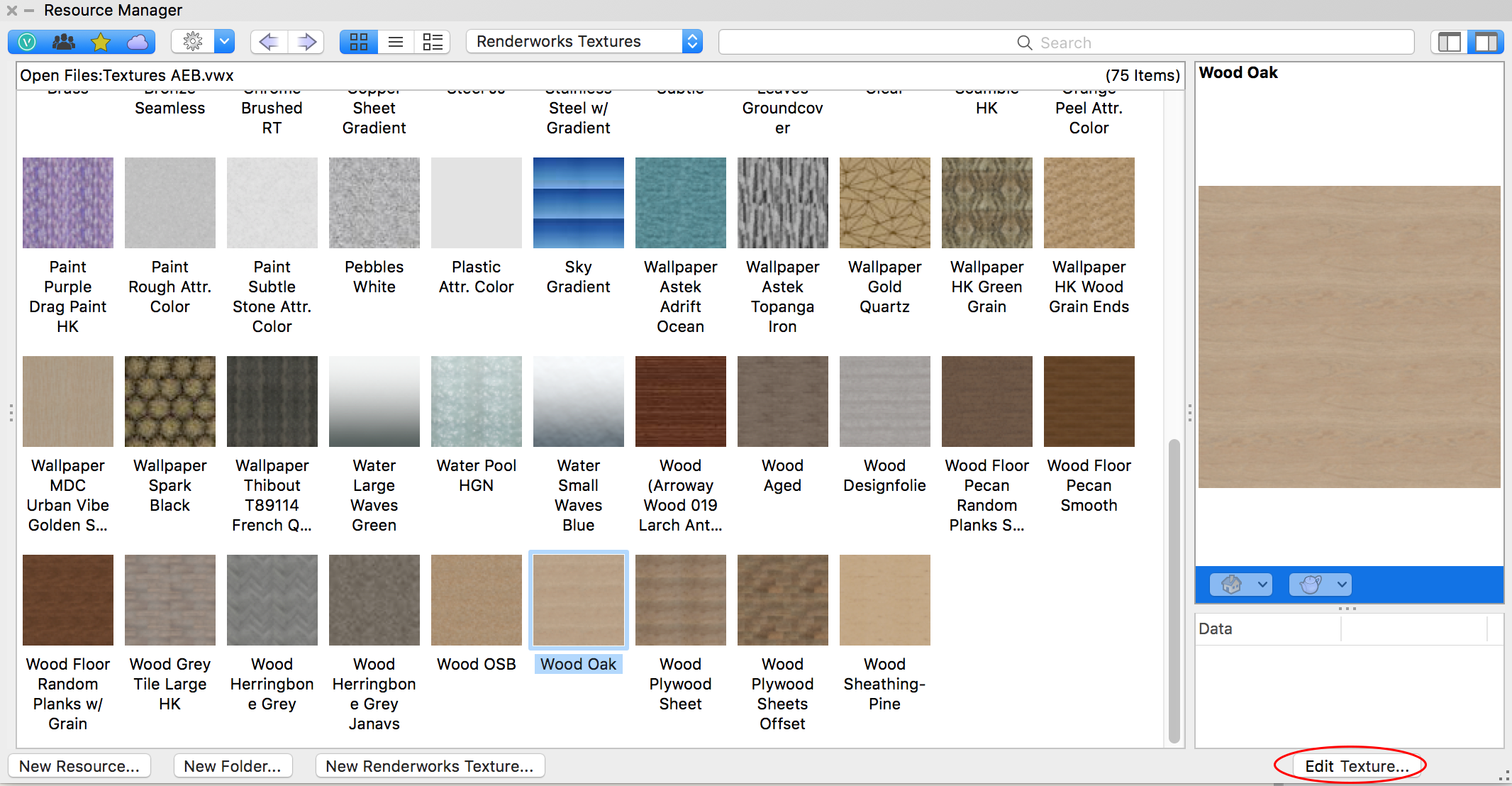 This would be a welcomed improvement anyways since it'd be faster and easier than right clicking every time you want to edit a texture. (I often edit the same texture multiple times in a row, so it's already selected). This would apply to other editable resources as well.

The second example that comes to mind is adding additional leader lines to callouts. The only way to use this new somewhat-hidden function is to right click the callout. Perhaps there could be a button in the OIP?

Or maybe there could be a little plus sign that appears next to the leader line when the Callout is selected, which could be clicked to add another leader line.

While the above examples are just two specific requests, I think the main point here is for the developers to keep intuitive accessibility in mind when designing new tools and functions. (Both of these examples arose in 2017). Don't put anything solely in a right-click menu.