This Thursday, October 21st, from 6 pm to 7 pm EDT, we will be performing an update on the Vectorworks Community Board. During this time, the site will be unavailable.

Default texture direction in an Extrude?

What exactly determines default texture direction in an Extrude? I ask because we almost had a bit of a disaster when an revised flooring plan was sent out to our flooring people, but showed the planks rotated 90° from what they should be.

I've pulled out the shape into its own file and attached it. Here's a screenshot of the shape before and after: 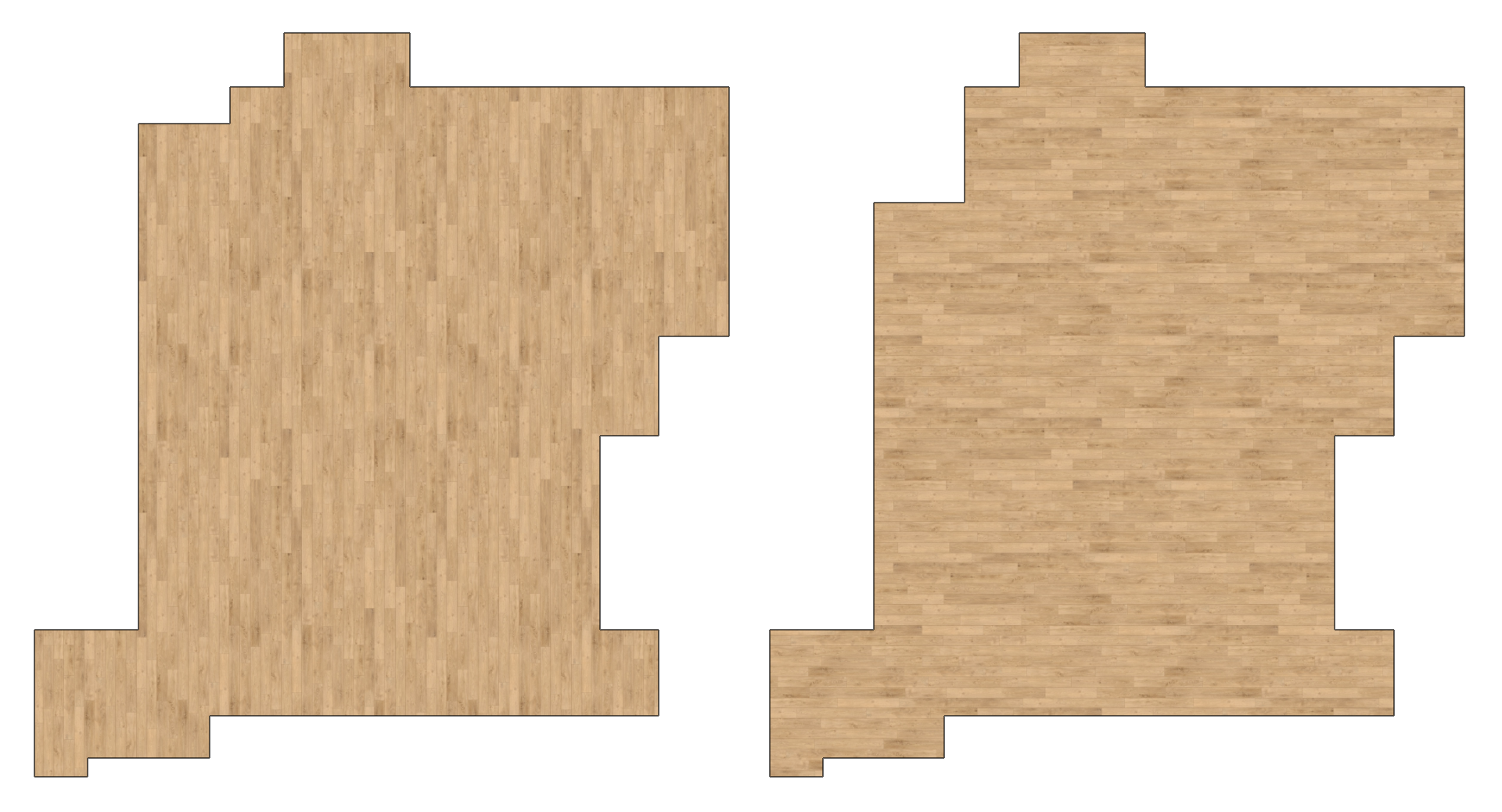 The floor shape had been modified in Top/Plan in a Design Layer (where it's easy to not think about textures). The Viewport for the flooring plan is in OpenGL. All that was modified was moving the edge in the upper left corner using the Reshape tool (within the Extrude). No vertices were added or subtracted, only the one edge was moved parallel to where it was. This should not cause the direction of the texture to change. This almost screwed us, but thankfully an attentive eye on the flooring team asked "Was this intentionally changed from what it was previously?" before installing the flooring onto the set.

I should also note that I'm working on a television show, and changes are made constantly and very quickly / on the fly. There's not a lot of time to triple check everything. One should be able to assume that moving one edge slightly shouldn't cause any other changes except for that one moved edge.

Any info about the underlying cause of the texture flip?