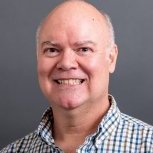 Zeno this bug with image effects and Renderworks rendering showing black is fixed for SP4.

Zeno we are working very hard to get that fix into SP4 which will be available in about a month.

I ran into an issue today when I started using Image Effects on a viewport. At the end of the render process the viewport would turn a really dark grey, almost black (to be clear, this is a separate b