to renew or not to renew (that is the question) 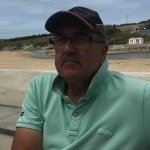 Nah, even the future possible pricing structures ive seen all include true ownership. We are looking into some rental models for certain situations where companies just need some number of license for

I might regret saying this, but I would accept paying more per month if Vectorworks were made more intuitive and user friendly, and demonstrably increased my productivity. CAVEAT: I would pay MORE to

But that's how almost all commercial media works. If you subscribe to the sports channel, you get to watch sports. If you don't, it isn't that those sports are being withheld from you, it's that you d