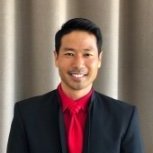 I've been using 2017 for a couple of weeks on a project and it's been a problem.

2. It is soooooooooo laggy! Cutting and pasting. Panning. Everything. When I go back to 2016, it is noticeably different.

3. Sometimes I do something (join walls, resize something, etc.) and it still looks like I didn't do it. But when I force the screen to refresh (zooming out or in) it shows correctly.

I don't think I have ever been so disappointed with a VW upgrade as I am now.

Are these known issues? Will these be fixed?

30 answers to this question