I am encountering an issue while importing a CAD survey.  The survey is of a 100 acre site (has several existing buildings, lots of topo, spots, and information.  The CAD file is only 10mbs.  When trying to import the survey as a reference - the import process locks up at 97% after all entities have been converted.  It just sits there for 30 mins doing nothing.  BUT - when I hit cancel/or attempt to close the program (since it has locked up and says not responding)- the import survey function finishes, the survey imports - however since I hit cancel the imported survey disappears.  Any thoughts as to why this would happen?  I unfortunately cannot share the CAD file on here of the survey.  But if needed I can send to tech for review.

After many attempts of the survey did finally import (but I had to hit cancel/close the program) and luckily it didn't disappear.  But it is not a reference - just a straight import.  See attached screen shot of survey. 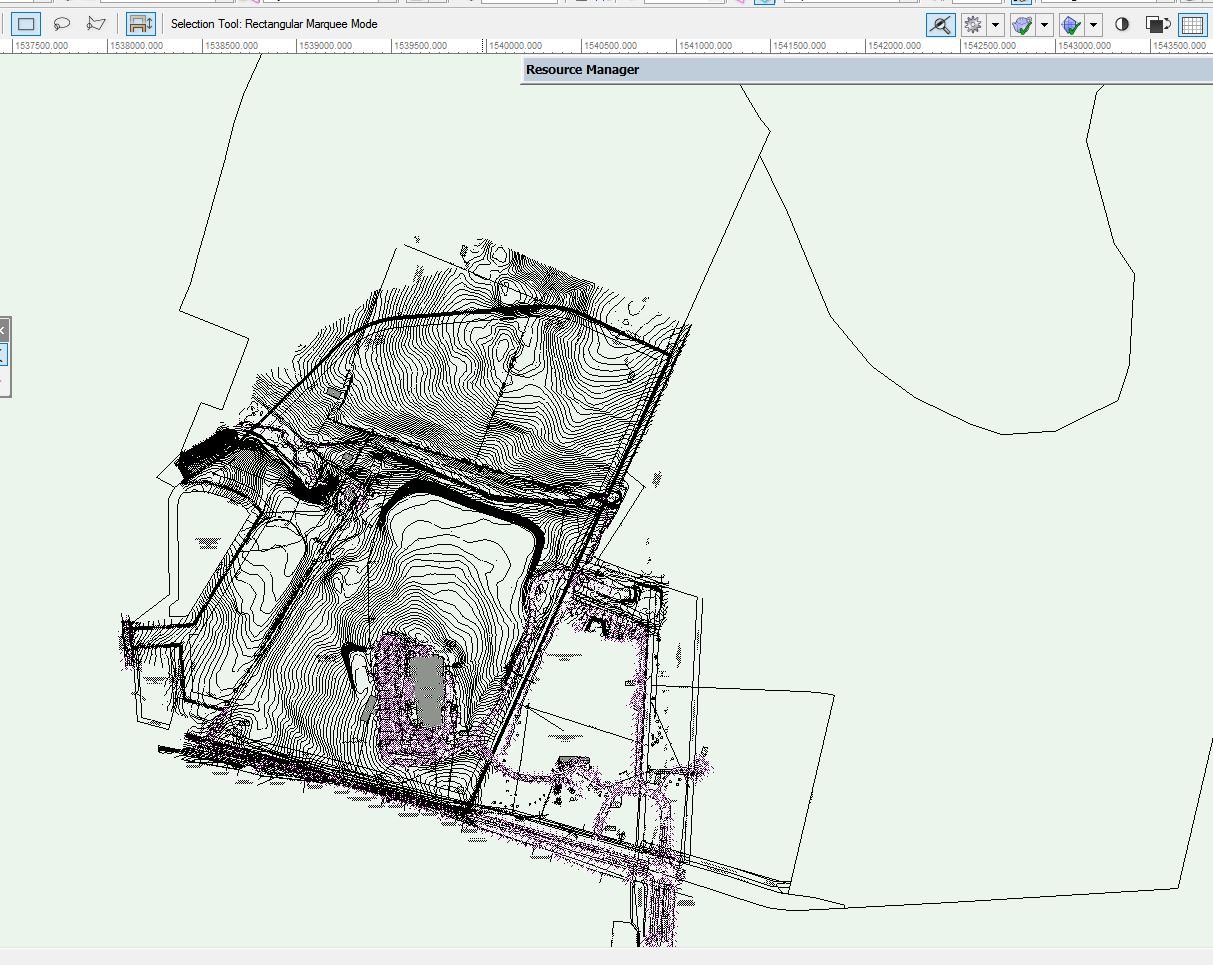