Currently for Reference Marker objects, to rotate the arrow you have to type in a number to the "Arrow Angle" field in the OIP. You can't use to rotate tool since rotating the entire object also rotates the text it contains, which I don't want. So the actual "Rotation" stays at 0.

Wish: It would be handy if you could select the object and a blue handle would appear, allowing you to drag it to whatever the arrow should be point at. Down this would automatically enter the correct "Arrow Angle," quickly and interactively.

This would be particularly helpful when the arrow isn't at 90-degree angles. In such cases my current workflow is to draw a Line towards the object, then copy the Line's angle field and paste it into the Reference Marker's "Arrow Angle". It's cumbersome, and also annoying because the "Arrow Angle" field doesn't accept the degree sign character, so I have to remember to delete that once I paste.

I've attached a rough mock-up of what it might look like when selecting the marker and then rotating the arrow angle. 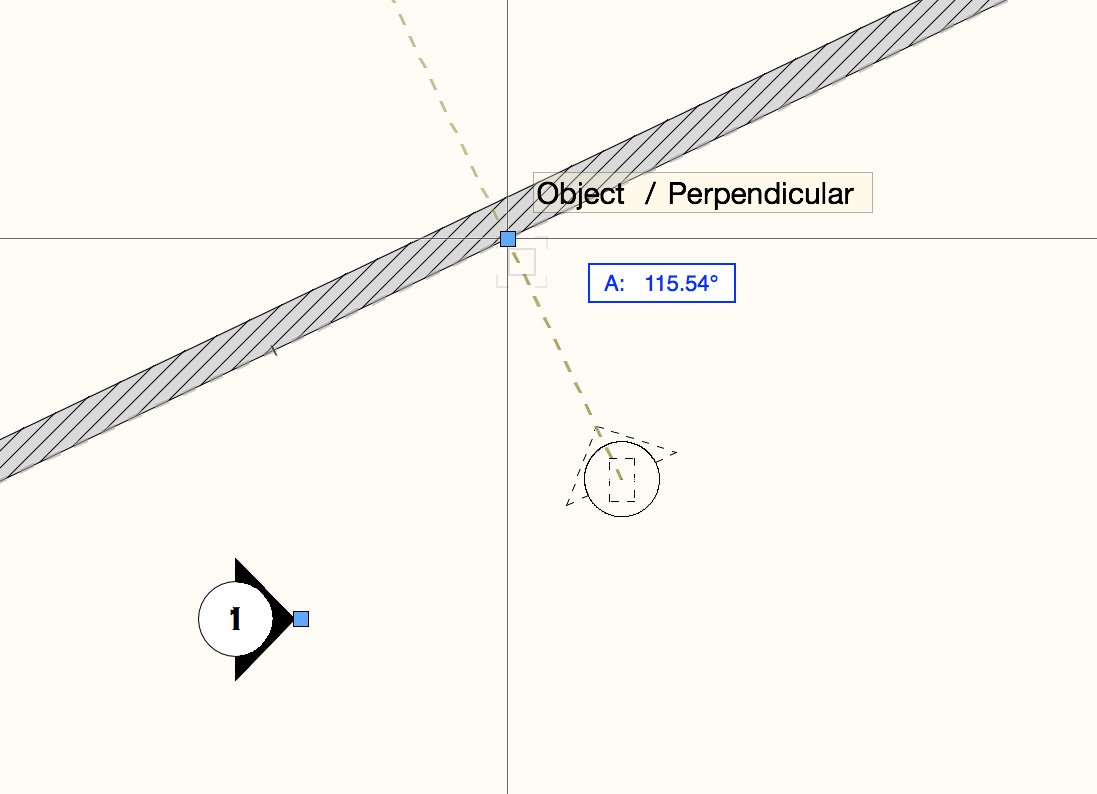