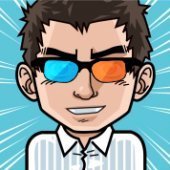 I can crash VW2017 on my system every time by moving and object from one layer to another via the OIP.  This is happening with 3D objects in files picked up from 2016.

To test, I made a new 2017 document, made two layers, drew a rectangle on one, and when I change it's layer via OIP, instant crash.  So what exactly is the best way to report this with system and OS specs to tech?

45 answers to this question