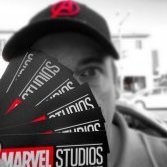 I come from 14 years of using CorelDRAW. After starting to use VectorWorks a few years ago, I have definitely found myself using it more than any other program.

One thing I do miss with Corel is how fluid and easy it is to draw and edit freehand curves. Here are some of the things I would love to see applied to VW...

First, the manipulation of the vertices is a bit difficult. When I lasso a vertice(s), it should chnage color to indicate that it is selected. Next, when a vertice is selected, there should be a place that tells me what kind it is...corner, bezier, cubic? Also, when I draw the curve, they should all be the same type of vertice, then I can edit later.

It would be nice if adding and deleting vertices could be as simple as double clicking along the curve somewhere to add, and double clicking on a vertice to delete. Having to change tools for every little thing can slow me down.

I haven't found this, but maybe it already exist...aligning vertices would be great.

One of the biggest things I would love to see is a way to easily reduce the vertice count along a curve that keeps the shape of the curve as much as possible. Obviously if you reduce down to 2 vertices, it wont look much like the curve you had, but this could be a powerful tool...like a slider that you just slide to reduce the count.

Lastly, a fall off option when more than one vertice is selected would be cool. When the fall off is disabled all of the selected vertice move together, and when it is enabled, pulling from one of the vertices also pulls the others that are selected, but they act more elastic. For example, if you have a curve that has ten vertices and you select them all; with fall off enabled, when you pull the fith vertice and move it across your page, the first and tenth vertice don't move at all(like anchors), and the others move a bit more as you get closer to the fifth.

8 answers to this question