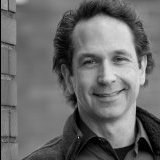 By leecalisti
November 29, 2022 in Architecture